Cupping therapie is a very old and universal treatment that emerged both in the East and in the West. In Shamanism the primitive shamans were specialized in the suction of diseases and weaknesses from the body by using hollowed-out horns of animals. Cupping was a way to remove the poison from snakebites and wounds. The therapeutic uses of cupping have been refined over the years under the influence of diffirent cultures that started using cupping. Also, the horns were replaced by cups of bamboo, which were then replaced by glass cups.

In Egypt people were already familiar with the use of cupping at an early stage. Cupping in Arabic is called "Hijama" and is used as a bodytherapy to purify bad blood from the body.  Hijama comes from the Arabic verb "suck". It's a healing method where cups are placed on certain points of the body. By making a few small incisions at these points, and using the cup to suck out the air, resulting in negative pressure, the "unclean" blood comes out. From Egypt, the Greek took these uses over.

Cupping was widely used by both European and American doctors towards the end of the 17th century. Research from the 19th century and a collaboration between the former Soviet Union and China confirm the clinical efficacy of cupping. Cupping became an official therapy, used in all Chinese hospitals. It was frequently used with breastfeeding disorders and inflamed breasts, the well-known breastpump derived from this later.

The art of Bellabaci massage

Bellabaci massage is a modernized and simplified version of the old tradicional Chinese cupping therapy. With this massage technique we can work both cosmetically and therapeutically. The Bellabaci massage is without bruces, unlike the traditional Chinese way, but if you leave the cups on your skin you'll defenately get the “Cup Kiss”. This massage is performed with help of the Bellabaci medicinal silicon vacuum cups, by squeezing the the middle of the cup and placing the cup on thye skin you create a vacuum when slowly releasing the cup. By placing the cups in a certain order, a new succesfull treatment was developed. This new treatment has a relaxing and healing effect; it loosens adhesions, removes physical waste and fluids and transports oxygen-rich blood to stagnating muscles and skin. This treatment can be combined with many other types of massage techniques. 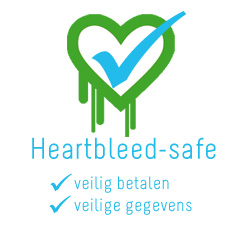